HomenewsassociationsA Correlation Between an HOA’s Culture and Collections

A Correlation Between an HOA’s Culture and Collections 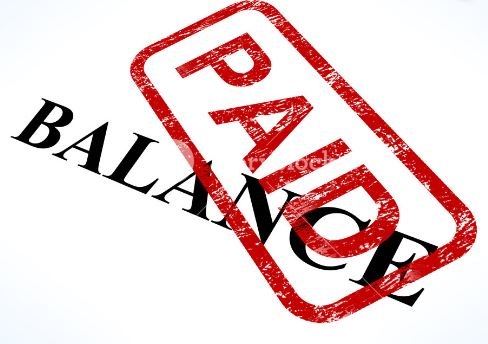 Collection rates of an Idaho homeowner’s association might be more unsettling for those who take these rules literally than originally thought.  The majority of people who live in an HOA do the right thing and understand the connection of “pulling their weight.”  However, those few who don’t pay their share play a more significant influence on its culture, according to a recent report by the Community Association Institute.  The reports shows that if a Board’s predominate function is to collect its membership’s dues, the prevailing culture says its okay to avoid paying dues, there are no consequences, and its okay to neglect rules.

MGM Association Management, an Idaho-based company with over 20 years of experience, recommends that Board members, first, become familiar with the duties and powers given to them.  These duties are, or should be, described within the community’s governing documents.  The documents are called the covenants, conditions and restrictions or what are commonly known as CCRs.  CCRs contain the language and description of the rules that all homeowners who had purchased property within the association are legally bound to follow, including collection and fine procedures.

CCRs are upheld in a court of law, thus, homeowners have a financial obligation to pay their dues.  HOAs are given power to impose fines on homeowners who fail to pay, as well as to levy assessments for unforeseen maintenance or community property if damaged.  Since the entire membership shares in the use of common amenities, a Board is tasked to collect these funds and to ensure their maintenance.

In situations where the HOA consistently struggles to collect dues, the HOA will not be sustainable and may expose the entire membership to litigation.  This focus on financial delinquency takes the Board away from activities that should improve their association’s culture.  As a non-profit, membership dues are the only source of income for maintenance, i.e., landscaping, replacing street lights, pool cleaning or road repair.  Given the tight margins, dues are an HOA’s life blood.   With higher delinquency rates, the Board’s perception of tolerance negatively impacts the culture.  The lack of consequences encourages nonpayment, which in turn, affects the maintenance of those common areas and subsequently reduces property values.

‘Rule benders’ contribute to homeowner disengagement, i.e., lack of respect for their neighbors, their neighborhood, or their personal accountability to their community.  The underlining perception toward the HOA is contempt and that their Board who has no vested interest in the well being of their neighbors, only to chase payments; thus, creating a culture of noncompliance.   This type of culture leads to a downward cycle of diminished returns.

An option to ensure that all homeowners pay their dues is to instill a culture of compliance.  A proven method would be to hire a third-party association manager.  A professional manager may be able to mitigate collection issues or to advise the HOA how to amend their CCRs to protect the association from further delinquency.  Boards that hire an outside service are able to focus on the well-being of their neighborhood and address positive, culture building concerns.

According to Mike Madson, MGM Association Management, “I see many inexperienced Boards collect dues using incorrect process and techniques, only to create more delinquency and a lack of respect for following rules.  Once homeowners get their way, they fail to understand the consequences of their actions toward the upkeep of their association.  Board members lack the necessary skills to negotiate conflict or cannot handle addressing varying viewpoints.”